With the progressivist mentality dominating almost all the Catholic Church, it has been broadly spread that it is forbidden for any Catholic to curse another person or thing. Here we offer the words of St. Thomas Aquinas, the Universal Doctor of the Church, who teaches otherwise. He explains when it is licit for Catholics to make a curse.

[notification type=”alert-warning” close=”false” ]If a man commands or desires evil for another for a good reason, then it is licit. This may be called cursing, not strickly speaking, but accidentally, because the primary intention of the speaker is directed not to evil but to good.[/notification]

Now then, this evil [curse], ordered or desired for the purpose of good, can be made for a twofold reason:
At times, by reason of justice, as when a judge licitly curses one whom he condemns to a just chastisement. Thus too the Church curses by pronouncing anathemas. In the same way, the Prophets in Scriptures sometimes call down evils on sinners, conforming their will to Divine Justice. Such imprecations may also be considered as prophecies for the future.

At other times, by reason of utility, as when one wishes a sinner to suffer a sickness or some impediment, either so that he might reform himself or at least cease from harming others.
To wish evil to another man for a good cause is not opposed to the affection by which generally speaking one desires good for him, rather it is conformity with it. 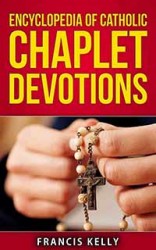