Our Lady blesses not only those who preach her Rosary, but she highly rewards all those who get others to say it by their example.

Alphonsus, King of Leon and Galicia, very much wanted all his servants to honor the Blessed Virgin by saying the Rosary.
So he used to hang a large rosary on his belt and always wore it, but unfortunately never said it himself. Nevertheless his wearing it encouraged his courtiers to say the Rosary very devoutly.

One day the King fell seriously ill and when he was given up for dead he found himself, in a vision, before the judgment seat of Our Lord. Many devils were there accusing him of all the sins he had committed and Our Lord as Sovereign Judge was just about to condemn him to hell when Our Lady appeared to intercede for him. She called for a pair of scales and had his sins placed in one of the balances whereas she put the rosary that he had always worn on the other scale, together with all the Rosaries that had been said because of his example. It was found that the Rosaries weighed more than his sins.

Looking at him with great kindness Our Lady said: “As a reward for this little honor that you paid me in wearing my Rosary, I have obtained a great grace for you from my Son. Your life will be spared for a few more years. See that you spend these years wisely, and do penance.”

When the King regained consciousness he cried out: “Blessed be the Rosary of the Most Holy Virgin Mary, by which I have been delivered from eternal damnation!”

After he had recovered his health he spent the rest of his life in spreading devotion to the Holy Rosary and said it faithfully every day.

People who love the Blessed Virgin out to follow the example of King Alphonsus and that of the saints whom I have mentioned so that they too may win other souls for the Confraternity of the Holy Rosary. They will then receive great graces on earth and eternal life later on. “They that explain me shall have life everlasting life.” [1] Ecclus. 24:31 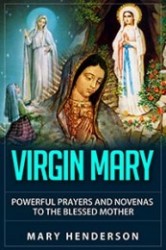 Virgin Mary: Powerful Prayers And Novenas To The Blessed Mother

1 thought on “Miracles of the Rosary: Rosary Saves King from Eternal Fire”